Returning to office? Give your employees a Lyft with Luum.

Forward-thinking organizations across the country are offering innovative benefits to shift employee commute behavior. Providing better commute options for employees means greater satisfaction, productivity, and retention. Achieving behavior change means reducing parking demand and parking costs, while improving the company’s bottom line. The intention is clear – it’s the approach that‘s misaligned. Recently, the focus has been on incentives. How do we offer the best and most creative incentives? How can we be certain that the chance to win a new bike or a few extra dollars in employees’ pockets will get them to adopt new commute modes?

But the truth is – incentives alone don’t change behaviors – and science has already taught us this. So why do we keep funding more incentive programs and touting the results? Also, how do we actually measure the resulting behavior change, if we aren’t measuring where most of us start – driving alone and parking? We’re not changing behaviors; we’re simply reinforcing existing behaviors and likely doing more damage than good.

Carrot and Stick Incentives Let’s start with behavioral science, since this is fairly well documented in psychology. Best practice tells us that there is a noticeable synergy effect when carrots and sticks are applied in tandem – and you usually want more stick than carrot due to loss aversion theory – because humans are more averse to losing something they already have, rather than gaining something they don’t have. What’s more, rewards and penalties act as distinct factors in guiding behavior – the effectiveness of rewards (carrots) depends on their magnitude, where penalties (sticks) cause universal avoidance despite magnitude. This means that even a nominal daily parking charge, say five dollars, will help deter someone from parking more than a five or even ten dollar incentive to use an alternative mode.

So that brings us to the home run – the true driver of behavior change – the combo deal. And no, I’m not talking about a Big Mac. Think baby carrots and sizable sticks. The combination of the two is most effective at encouraging active transportation and remains feasible to implement.

Furthermore, your commute program can use the stick to fund the carrots, creating a budget neutral program. Thus, a case is made for the combo deal – and the perfect balance which will depend on context and culture. Let’s take Delta Dental of Washington (DDWA), for example.

DDWA used their relocation to Seattle’s South Lake Union – home to Amazon – as a means to implement a killer commute benefit program. They implemented a carrot and stick approach, charging daily for parking at fair market value, while offering a $3/day commute bonus when employees used any mode besides driving alone. The results? Drastic reduction in their drive alone rate from 75%-15%, 100% employee retention during the move, and continued reduction in their parking costs year over year. But that’s not the point I want to highlight. I want to talk about what happened next, and what it means for incentives and lasting behavior change. Six months after the move, DDWA decreased their daily commute incentive from $3/day to $1/day. The stick stayed the same and habits didn’t change. There was no increase in the drive alone rate, and employees continued to be satisfied with their commute mode choice, perhaps now connecting with intrinsic motivations rather than the daily commute incentive.

Where do incentives end and benefits begin? So, what is the difference between incentives and benefits? At what point does an incentive become a benefit, and why does it matter? Incentives are often temporary, unpredictable, and only represent a piece of a holistic strategy to change commute behaviors. Incentives often take the form of rewards or campaigns – meant to entice individuals to try a new commute mode. These rewards can be prize drawings, gift cards, actual dollars, or free trials. While they may encourage individuals to try a new mode, they will not drive long term behavior change or shift workplace culture towards alternative commuting. What’s more, monetary rewards have been shown to undermine intrinsic motivations, therefore impeding any cultural shifts you were hoping for at your workplace.

On the flip side, benefits are guaranteed, equal, and integral for an organization to reach their commute program goals. They can be an extension of an incentive program that showed traction through A/B testing, but now they’re permanent and integrated into a larger program with defined strategies and measurable goals.

For example, let’s say an employer tests a rewards program to incentivize employees to try carpooling through a third-party app like Scoop or Waze Carpool. They use their commute benefits software to offer free rides to carpoolers for every day that they carpool to work in the next month. Initially, the reward is successful and employees try carpooling. Now, how to do we keep that behavior consistent? How do we make it part of our culture? We make it a benefit. We give every employee up to $100/month for ridesharing – Scoop, Lyft Line, Uber Pool, Waze Carpool – to use at any time. We keep the stick in place – daily parking charges – but couple it with the ridesharing benefit. Employees have a consistent and convenient way to get to work, and thus start to recognize the wellness benefits as a result of a social and more environmentally friendly commute. We’ve just put in place the foundations of a carpool benefit program – and one that will create lasting behavior change through company culture, intrinsic values, and newly formed commute habits.

The Case for Commute Benefits

Commutes across the country are getting longer – averaging 27 minutes each way.4 Some commutes are so bad it’s becoming difficult to attract and retain talent. Commute benefits are becoming one of the most sought-after employee perks, on par with healthcare. Nearly one quarter of employees have left a job because of the commute5 – thus the link to human resources and a business’ bottom line is indisputable. If you want your employees to remain happy, healthy, and productive, you need to start treating the commute as a part of your culture – and that starts by making it a benefit.

Commute is the 3rd most common reason people leave a job. #bye 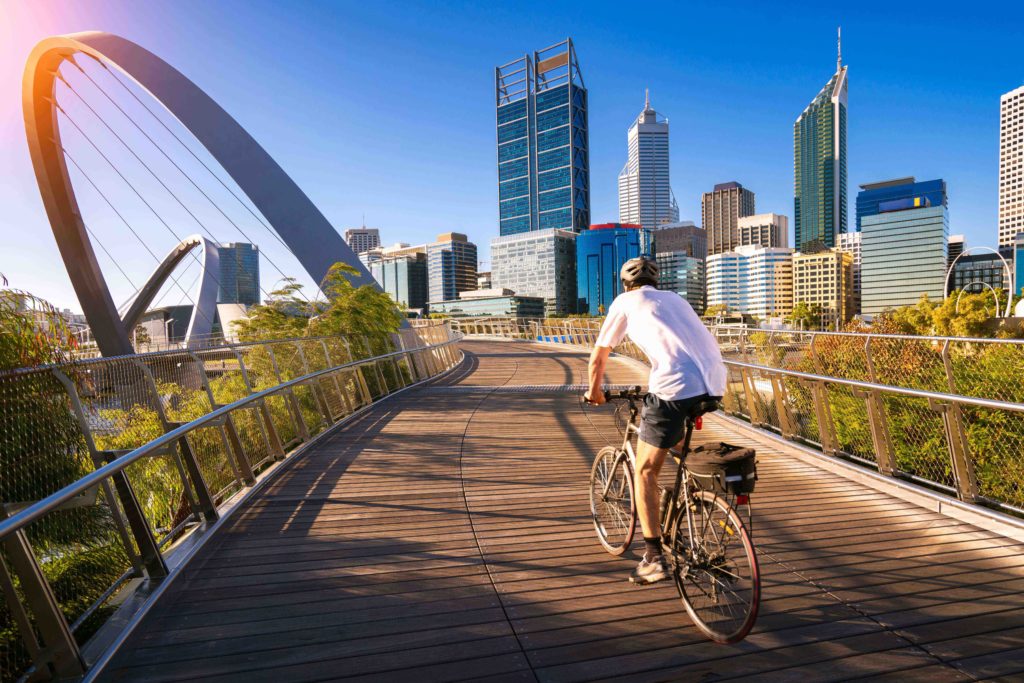 Our annual virtual conference, Luuminary22, was held on July 20th.  We gathered a wonderful group of leaders to discuss the hottest topics of 2022: including… 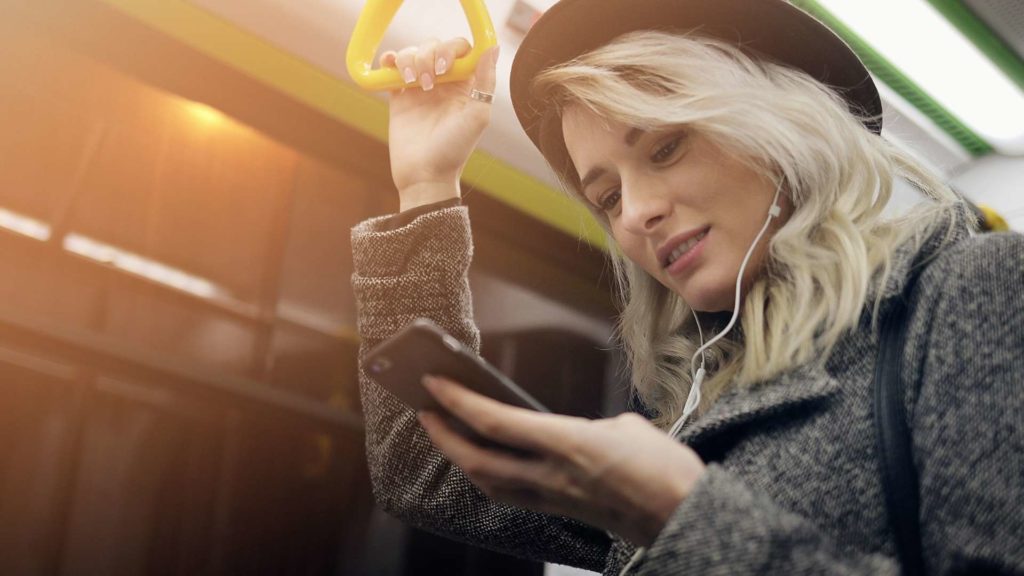 Life is not the same as it once was. The workforce is continually changing, and so are employees’ needs, causing a rethink in the ways… 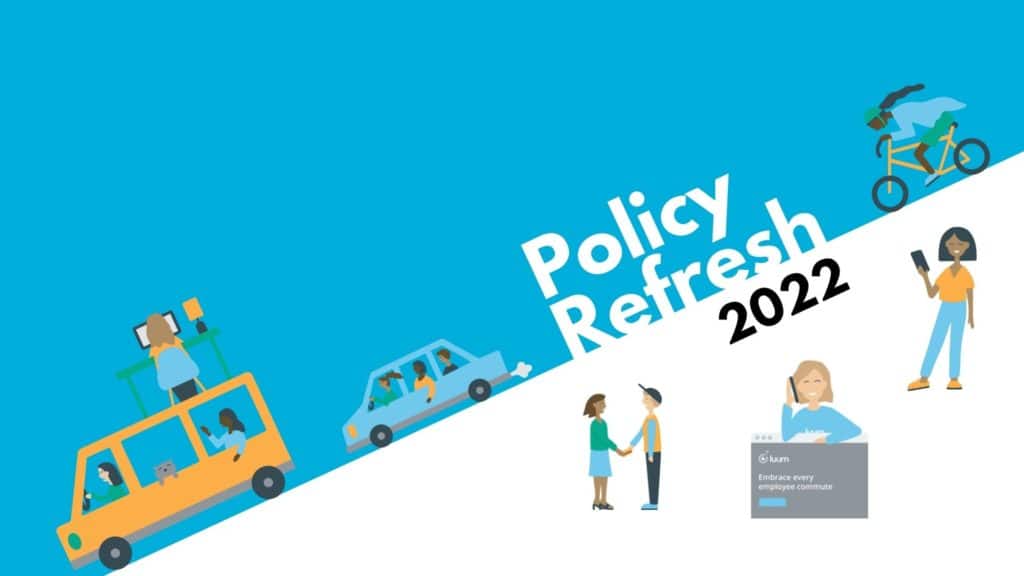 Return to Better: Commuter Benefit Policies For 2022 and Beyond

Daily flexibility and choice will keep your commuters safe, happy, and productive. Whether your workforce has been commuting throughout the pandemic or returning to office…