Get the case study

How Policy, Planning, and Technology can Avoid Gridlocked Commuter Traffic

For those of you not familiar with the recent transportation scene in Seattle, please allow me a moment to paint a picture for you. In mid-January 2019, the Period of Maximum Constraint (POMC) commenced. The POMC is a now well-known Seattle euphemism for the five-year stretch of traffic congestion due to major transportation-related construction projects in downtown Seattle. And POMC kicked-off with a bang – the permanent closure of the SR99 Alaskan Way Viaduct – a double decker highway that separates downtown Seattle from its waterfront and connects north, south, and west Seattle residents.

During those first three weeks – a time ominously referred to as Viadoom – it was estimated that the 90,000 cars using the Alaskan Way Viaduct every day would be displaced and cause significant congestion in downtown Seattle, and miles beyond in any direction. Commute times were expected to double. And, as I mentioned, the closure of the viaduct was only the first of many major disruptions slated for the next half decade. Oh, joy.

So how did we do? Just how doomy was Viadoom?
And what do the results say, not just about the next five years in Seattle, but for commuters in congested areas throughout the Unites States?

As one Seattle Times article put it, “the cars just disappeared.”[1] Residents and co-workers exclaiming, “it’s not that bad” or “my commute was actually faster.” This ostensible car conundrum – the great vehicle vexing that never was – left many scratching their heads and saying, we can’t quite figure out where those 90,000 cars went. Some suspect that employees shifted their schedules to commute during off-peak hours.

We at Luum know that this is partly the case. Schedules were indeed shifted in preparation for the viaduct closure. Some worked remote. Yet, many others chose to commute via bus, light rail, carpooling, vanpooling and other alternative transportation modes. We have made it our mission to support large organizations in the way they understand, manage, and influence their employees’ commute behaviors. So, let’s examine the great 90k missing car mystery through the lens of Luum and not discount the meticulous planning of so many agencies, employers and individuals to make Viadoom so, well, undoomy.

We are firm believers in putting nudge theory to work within organizations. Luum is a data-driven commute benefits software solution that runs end-to-end employer commute programs and gives them deep insight into how their employees commute. We’ve seen the ripple effect that even the slightest positive behavior changes around the commute can have for an entire organization and, subsequently, its city. Over the past five years, our hometown of Seattle has seen its transit ridership grow (one of two cities in the country!) and boasts a downtown drive-alone rate that hovers around 25 percent.

While we work with nearly a quarter million employee-commuters in the region, we aren’t delusional enough to believe that it was our work alone that achieved this mode split in Seattle. It is the shared pursuit of a common goal between public agencies Washington State Department of Transportation (WSDOT), Seattle Department of Transportation (SDOT), King County Metro Transit (KCM), Sound Transit, and Commute Seattle; as well as employers across the region, to lower drive-alone rates and champion alternative commute modes across the region. The success was driven mostly by progressive policy-making, forward-thinking technology, and systems that prioritize alternative commute options in the city.

Take the Period of Maximum Constraint, for example: KCM added a water taxi, restructured service routes, and added 20 standby buses in case things got extra doomy. SDOT and Commute Seattle engaged directly with employers and championed a FlexWork program to encourage telecommuting and compressed work weeks. WSDOT went above and beyond by unleashing a marketing and messaging campaign that sought to educate every downtown Seattle commuter about the viaduct closure. Lyft Line and Uber Pool offered discounted rides as first and last mile solutions to designated transit hubs. And, through Luum, employers across the region were able to communicate directly with employees most affected by Viadoom; seamlessly offer mobility incentives to all employees; and measure commute behaviors minute to minute, throughout the entirety of Viadoom and beyond.

Luum aligns themselves with these public agencies in recognizing the significant role employers play when influencing day-to-day commute habits. And studies have shown that city-wide disruption, like Viadoom, presents a key opportunity to change these behaviors. Downtown employers put this influence on display during what we at Luum have now dubbed the Period of Maximum Constraint Influence (POMI).

For some employers, we can see a significant decrease in parking – roughly 4.5 percent, with a notable uptick in alternative trips. For other employers without Luum parking integrations, we see a drastic increase in alternative trip logging and engagement with commute benefits and communications during this Period of Maximum Influence. Employers were prepared, and employees were listening.

Prior to the three-week closure, employers did immense planning and adjusted their transportation programming to minimize the effects of this disruption for employees and residents. Proving that success is found in preparation, they used Luum to deliver robust messaging and viaduct-specific rewards that sought to get employees into a better mode.

So, ultimately, the cars didn’t just disappear. Employees found alternatives, worked remotely, or shifted their normal commute hours. Parking rates were down, and alternatives increased. Employees took a moment to really consider their commute and choose the best available alternatives. And that is saying something, because as we all know, old habits die hard. Employer-provided commute benefits do, indeed, lie at the heart of inspiring such change.

What employers did during POMI ­is what so many other organizations can do right now – they Nudged the Needle. This expression embodies our philosophy when it comes to commute behavior change. Put plainly, it means that measurable change within an organization begins with nudges – small influences and pushes – that are designed to shift decision-making around a particular behavior. In the context of Luum, the behavior that we are attempting to change is driving-alone to work every day.

Organizations can make a profound difference in the way their employees commute. More and more, employers are getting creative by offering flexibility and daily choice for commuters. Incentives and disincentives can be linked to every day mobility apps found on a smart phone such as Lyft, Scoop, Waze Carpool, and Strava. Employers can charge a daily rate for parking – a proven lever to reduce the number of employees who drive alone by removing the sunk cost of a monthly parking permit.  Ultimately, combinations of these carrot and stick incentives encourage alternative commute modes while discouraging driving alone. And, most importantly, they provide flexibility and daily choice for employees.

So, what’s next for Seattle? Collectively, our public agencies and employers can do a whole lot. But how will we fare now that the waterfront tunnel has opened? We await with bated breath (with much more excitement than fear) to see if those who changed behavior during the Period of Maximum Influence will stick with it, or if they’ll return to old habits. As a city, Seattle is coordinated and poised to continue reducing the number of commuters who drive alone to work if we continue prioritizing policies and transportation projects that put people before cars and celebrate the efforts of our forward-thinking employers. 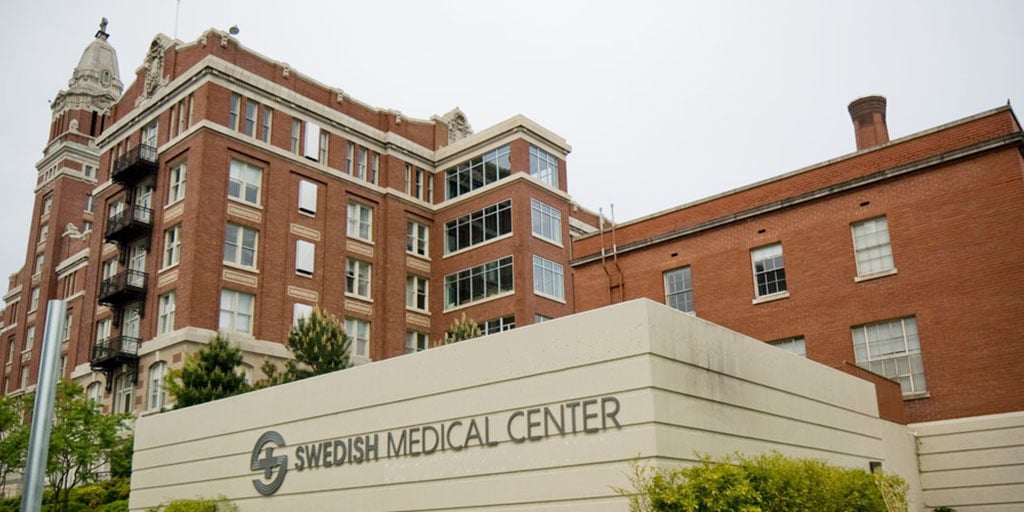 We’re proud to partner with hospitals and clinics around the country like Swedish Hospital: Cherry Hill Campus. Inspired by the vision of the hospital commute 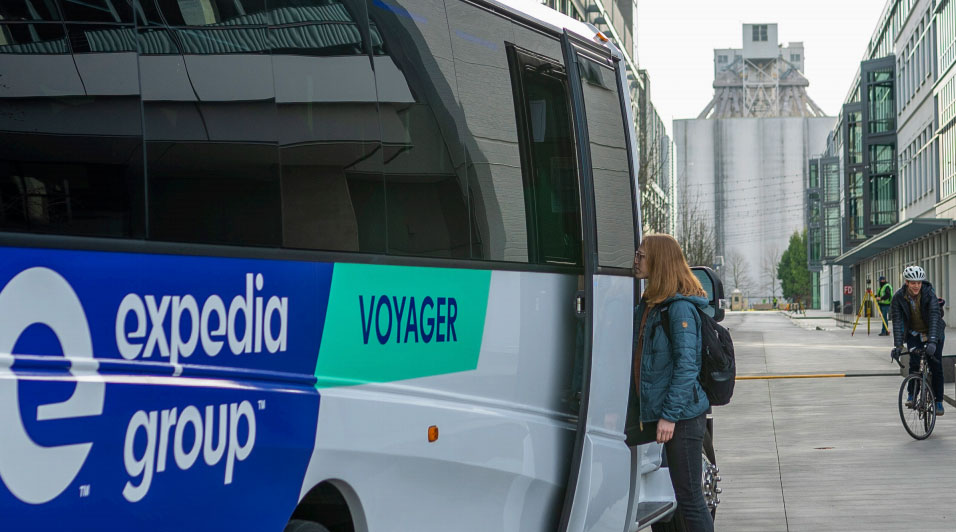 How a phased commute program led to longstanding behavior change. 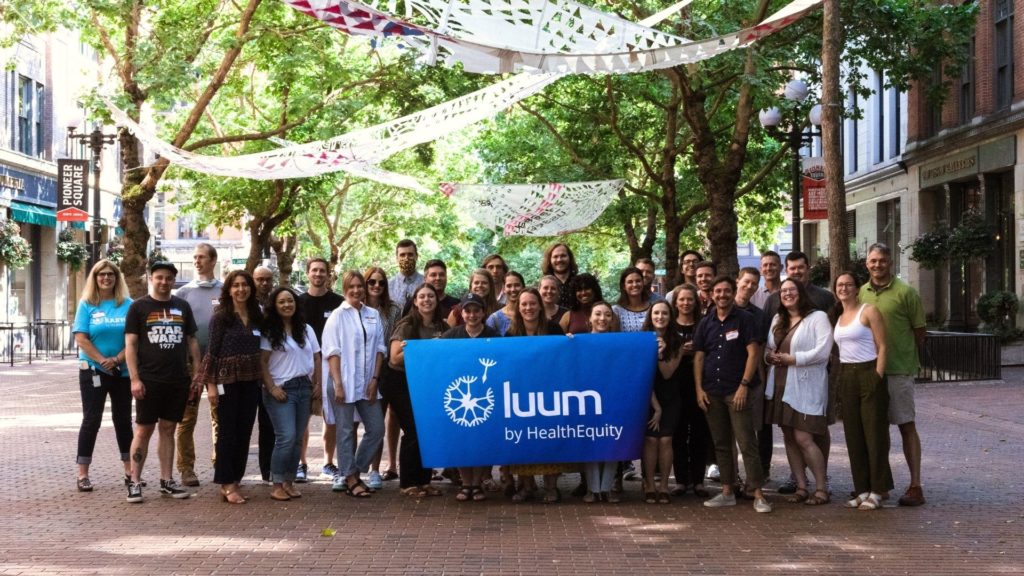 Winds of change: a closer look at the Luum/ HealthEquity acquisition from PSBJ

Being open to change is the critical first step to finding your best commute. And for Luum CEO, Sohier Hall, it was also instrumental in…