Just days after ringing in New Year’s 2019, Seattleites will face fireworks of a whole different variety and I, for one, am excited to see how this show unfolds.

At 8 pm on Friday, January 11th the Alaskan Way Viaduct is set to officially––and permanently––close. This closure may well be a harbinger of traffic issues unlike any our fair harbor city has seen before, and we’ve had our share of them over the years.

For approximately three weeks, construction crews will demolish the SR 99 viaduct before opening Bertha’s freshly-dug tunnel to vehicles. The viaduct closure won’t only impact West Seattle and Ballard residents – the estimated 90,000 vehicles that use the viaduct every day will be displaced and cause congestion for all Seattle commuters. I-90 and I-5 will be operating at max capacity, and commute times along both corridors are expected to D-OU-B-L-E.

But why all the hype? It’s just three weeks or so. We could all take some vacation, work from home, or find a good podcast for those extra hours in traffic. It’ll all be over before we know it.

Things are apparently going to get worse before they get better. Even though the tunnel is ‘replacing’ the viaduct, her masterpiece is not at all identical to her predecessor. The SR 99tunnel will serve as a direct route from SODO to the Space Needle, with no downtown access between. That’s right––no Seneca Street, no Columbia Street, no Western Avenue––like the days of yore. It will fundamentally change how we access downtown Seattle from SR 99. What’s more, due to a series of downtown transportation construction projects on our streets, the Period of Maximum Constraint doesn’t just refer to these trying three weeks but actually spans the next three to five years. Wait, seriously? Well that changes things…

This probably sounds downright dystopian to many readers––so why am I so excited?! After all, I commute to downtown every day.

I’m excited because I’m a nerd for behavior change. And never, in our short but illustrious history have Seattle employers been better positioned to change commuter behavior. With this monumental moment in mind, we at Luum have renamed this ostensible nightmare the Period of Maximum Influence (POMI).

It’s been proven that simply providing alternative commute choices isn’t enough to change behaviors. According to Laura Bliss at CityLab, “Even the best transit options and incentives aren’t going to take people out of their cars by themselves. To lure people onto trains, buses, and bikes, it’s all about timing.” So, what is the timing at play here?

The disruption…It’s all about disruption. And, in this case, the ‘Duct coming down will be felt in very palpable ways, as it effects our daily commutes––toing and froing.

Habits remain unchanged so long as life patterns are constant. Employers need a break in routine – an office relocation, a change in home address, or, you guessed it, an impending traffic day and nightmare that forces commuters to rethink their daily commute habits.

Cue #viadoom and the Period of Maximum Influence. It’s our opportunity to pilot new programs and reach employees that may have been previously unreachable. They’re actually listening (or they will be!) and willing to try new commute modes – and, make no bones about it, forced experimentation works.

Not convinced? In 2014, the London Underground went on strike and forced millions of daily commuters to try new routes. After the strike ended, 5% of commuters stuck with those new routes because the ‘commuter had found a better alternative during disruption’. For many commuters, better options are out there, they just don’t know about them…yet.

No matter the disruption, it really is all about timing. Employees are particularly open to changing up commute habits when their offices relocate––and they’ll stick with those new habits if their companies’ layer on the right incentives at the right time.

That’s why this time of constraint is truly a time of influence. It’s an opportunity for employers to change behaviors – without relocating offices. Luum works with 17 major employers in Seattle, impacting the commute of over 210,000 employees every single day. These employers have the tools to make a real impact. The steps are simple:

What will our employers communicate during this period? Those commute benefits they’ve had all along – incentives for transit cards, carpooling, vanpooling, biking, walking. Basically, anything that’s not driving alone. And, after it’s over, how do you tell your new vanpool friends that you’re bailing after only three weeks in the van? How do you tell your new carpool buddy that you’re no longer picking them up, now that Bertha’s tunnel has opened? In short, you don’t. You keep vanpooling and carpooling. You adopt new routines.

And, so, the countdown commences – 6 weeks until closure. We know that Commute behavior change is Luuming (sorry, we couldn’t help ourselves).

In preparation, we’re teaming up with Commute Seattle and the City of Seattle to equip employers with information, communications, and graphics in order to maximize behavior change. What’s your employer doing in preparation for the Period of Maximum Influence? Drop us a line and let us know! We’d love to share your ideas and best practices with the Seattle community of commuters. 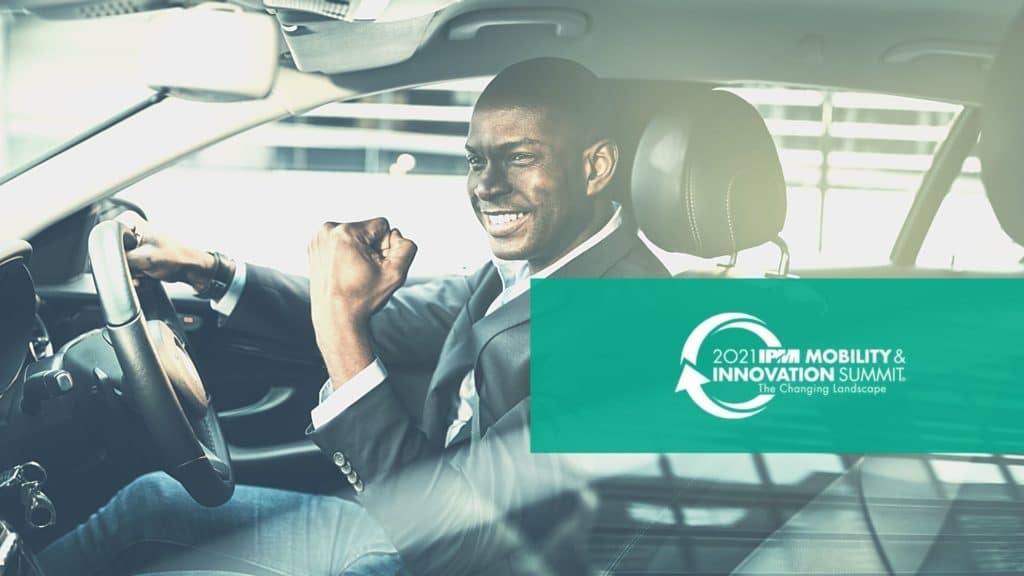 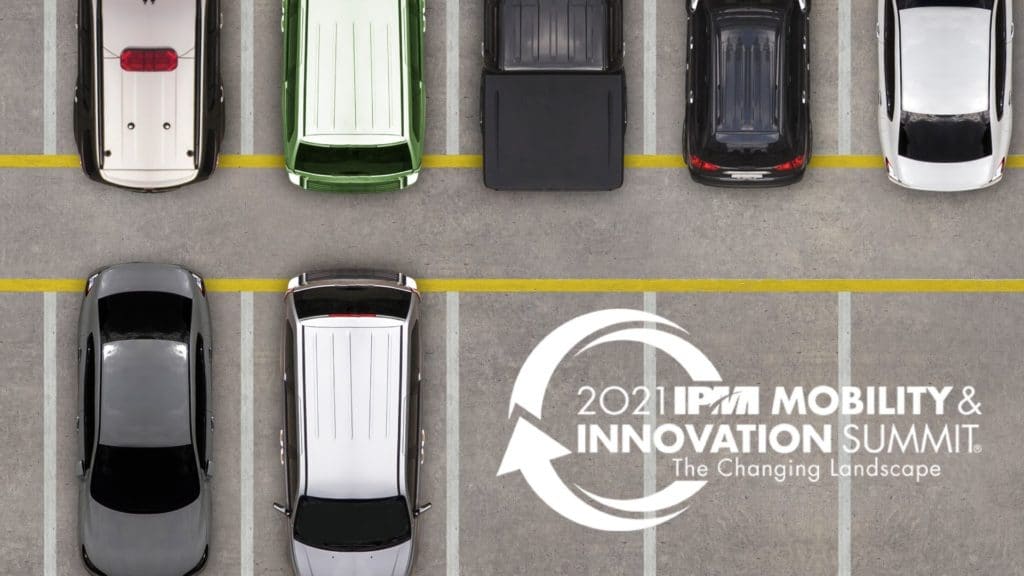 Join us at the 2021 IPMI Mobility & Innovation Summit 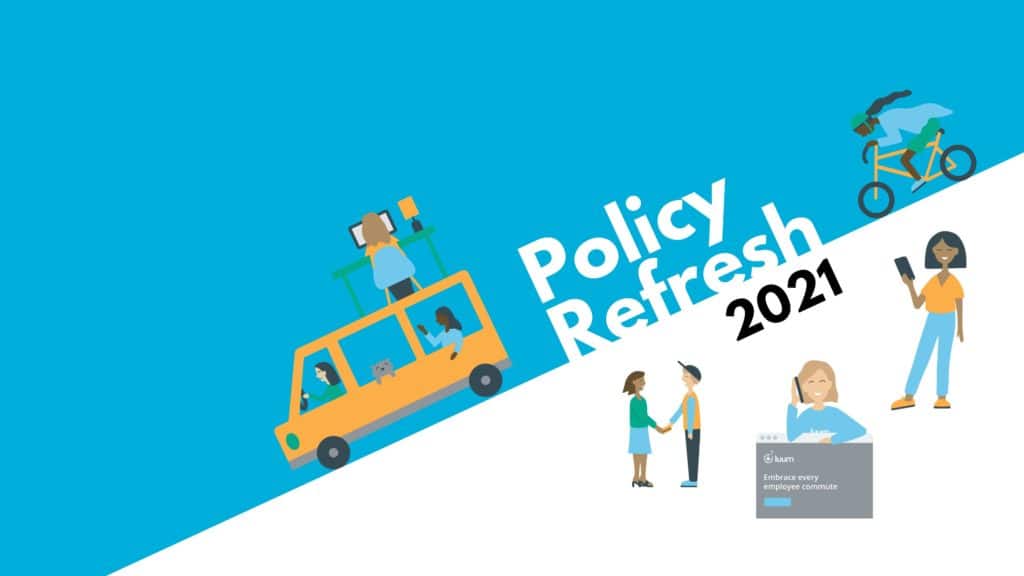 Return to Better: Commuter Benefit Policies For 2021 and Beyond